July 31st, 1990 was when it all happened, well at least from when I remember. He told me that He’s had His eye on me even from before then. Kind of creepy when you think about it. Someone adoring you from afar. Or well, they weren’t really that far. They were always close, watching you, protecting you, caring for you, but you never knew they were there.

My parents knew Him well. They’ve always thought that He was a wonderful Man. A great leader, lover, and friend. This was the One who they wanted for their daughter. They knew that He would take really good care of her.

I Knew OF Him, But Didn’t KNOW  Him

They talked about Him all the time! My parents, my church family, everyone! This Guy had to have really been someone special! As I grew older, I learned more of Him, but still never really knew Him. I’ve heard so many things about Him growing up that I just considered Him a family friend that I can claim to know. Nothing personal though.

Winning my heart has always been an interest of His, and there had been times He had reached out. Buuuutttt….Like I said though, I didn’t really know Him like that and other men were just more appealing to me at the time.

It’s funny to me as I look back. What was so appealing about those other men? The pothead guy, the self-centered guy, the insecure one? Let’s not even mention the straight snakes I’ve dealt with. They lied to me, made me feel worse about myself, used me…and yet, I kept going back for more. Trying to pull out of them something that I desperately needed but they never possessed.

THE DAY WE MET

Then this Man comes along. Again. He’s a very persistent fella. lol I had finally got the chance to meet Him for the first time. I was walking downtown with a friend. I was wearing a cute dress from the designer Hurt and my face was beat with brokenness. I was cute. According to the world’s standards that is.

Two of His friends had chased us down to get our attention. I’m not really sure what stopped us that day, but we did. I was asked one of the most important questions of my life that day,

“Do you know my friend Jesus?”

I explained to them that of course I knew OF Him. I’ve heard about Him all of my life. They said, “I mean that’s all well and good, but do you KNOW Him for yourself?”

They went on to tell me all of the amazing things about their Friend. Things that I had heard before time and time again.  But then they said some words that sparked my attention.

And that’s when it happened. All along I knew of a Man that possessed the very thing I so desperately yearned for, and yet never SAW Him until that moment. I gave myself to Him that day and we’ve been in relationship ever since.

Has it been a rocky relationship over the last 7 years? Yes! Not on His part though, more on mine. It’s been a hard process for me to accept REAL love. To trust Him when He says that He really cares for me. That I don’t have to do anything or be anybody big to earn that. I would always ask Him why He kept telling me that I was enough, when I never felt I was. I had given so much away, that I barely had anything left to give to Him. Nothing but insecurities, baggage, and hurt. But He was ok with that.

All He wanted was me and that was enough.

His patience gave me love.

His love made me whole.

Wholeness in Him brought me healing. 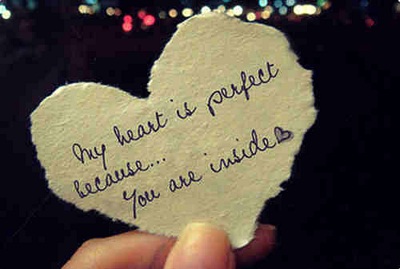 Today, we take things day by day. Enjoying the beautiful moments of intimacy. Growing together and becoming one with each other. We’ve been through so much together, and He’s held my hand through it all.

I’m so excited to say that I get to spend an eternity with my Love. My Beginning and my End. My Alpha and Omega. The Peanut Butter to my jelly and the Mac to my cheese! Too much? Hahaha never! 🙂

Jesus Lover. Kingdom Builder. Single Mother. Coffee Fanatic. Disney Obsessed. All of what the good life is made of! :)

If you have any questions, prayer requests, comments, please feel free to contact me via email at jaleccia@supernaturallyshining.com. Looking forward to hearing from you!